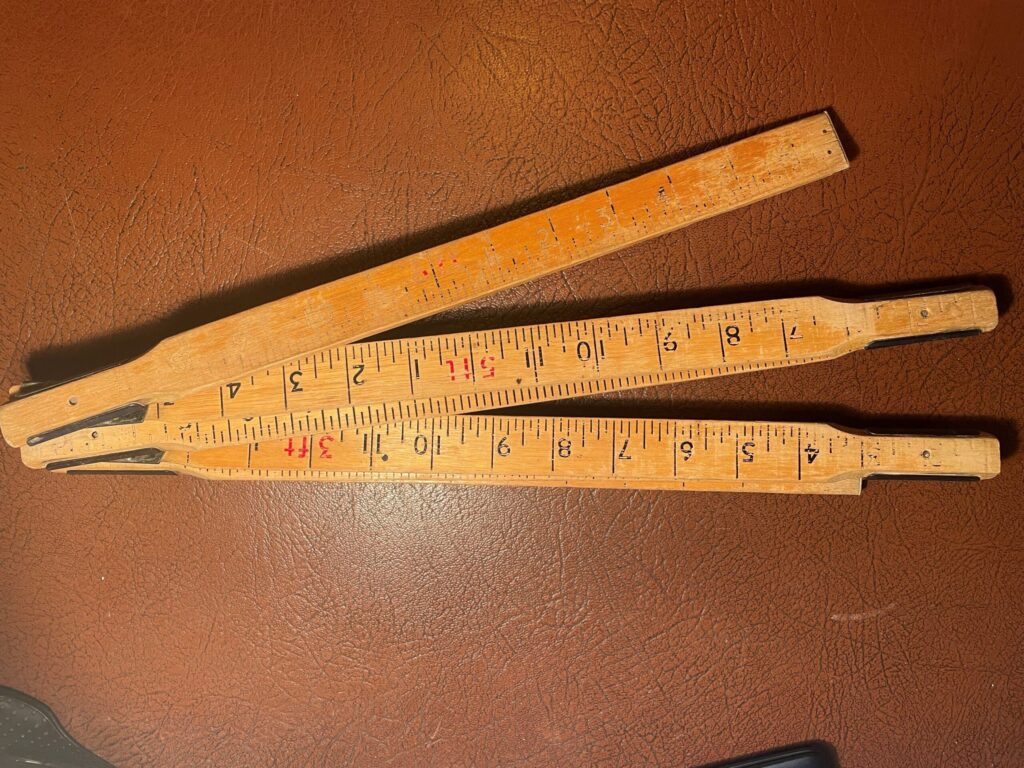 The trusty tape measure – a reflection on surveying equipment

The equipment and technology we use has changed drastically over the past few decades as technology innovates. We are now in direct contact with our clients, able to send reports with a click of the button. Proptech such as GoReport allows us to streamline the reporting process and laser scanners are replacing the trusty tape measure. We sat down with Roger, Keith and Trevor to reflect on how the industry is changing.

Trident: When you first started out, what was the office environment like, how did you write up your reports?

Roger Watts: When I first started out, we still used typewriters with copy paper, a few years later we got ones that were a bit more advanced. I think it was years before we had a photocopier, and even then, they were so complex use was rationed. 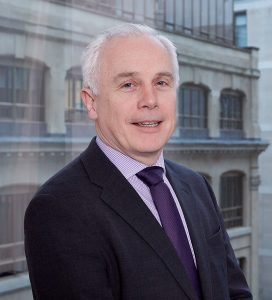 Trevor Dowd: Yes, it was copy for typing.  When I first started out there was no such thing as a desktop computer never mind a laptop. Offices had typewriters, photocopiers, and telex machines if they were lucky. It was a major move forward to word processors and fax machines. I also remember ammonia based plan printers …don’t use one in a non-ventilated room!

We can say that Roger and I were with the first major company to put a computer on every surveyor’s desk back in 1992 I think. Before then secretaries had computers and surveyors dictated or provided copy for typing. 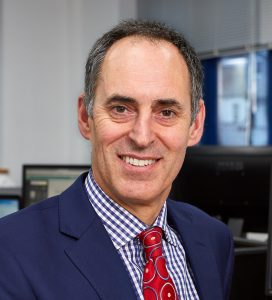 Keith Richards: I got my first desk top computer when I joined JLW in 1995. I still believe that was a retrograde step. I much prefer dictating and editing on paper. I don’t think we’ve mentioned the Dictaphone? They were used to record thoughts on site or meetings that would then be written up into reports or minutes.

TD: Now our surveyors record things on software to help generate reports, but back then we went on site with pen and paper on a clipboard.

RW: Remember then we had drawing boards, and everything was hand drawn using ink and rulers. Wo betide an error which could only be erased with an old fashion razor blade. You would hand write in capitals the specification on the drawing.

KR: Remember we also used to take photographs and then send the film off to have the photos developed and printed. When we got them back hours or even days later, we would then use glue or double-sided sticky tape to include the photos in our reports.

RW: Yes, Photos were used sparingly as they needed to be developed and they only came in 24/36 reels.

Trident: How about communication? How did you stay in touch with clients and the rest of your team?

RW: Well, telephones were fixed and had wires. The first mobile phones when they arrived had a separate battery, the size of a car batter which you carried like a shoulder bag. Not as convenient as the pocket size ones we have now, but we didn’t know any better.

It was several years before we had fax. This used a waxy sort of paper which over time faded. I remember getting a file from our archives which was in a garage to find effectively the full contents had faded away.

KR: When I started, I worked for the National Coal Board, and they got a fax machine so Doncaster could communicate with London. I’m not kidding, it was the size of a very large chest freezer, and only one person in the entire eleven story building was authorised to use it. Then, only about six people were authorised to authorise that one person to use it – The big cheeses.

RW: If you needed information you wrote a polite letter to the person concerned and waited for a handwritten response. Things took a very much longer time then.

TD: We used to get the post delivered every morning and it would be read by a partner/director before being issued to all staff. 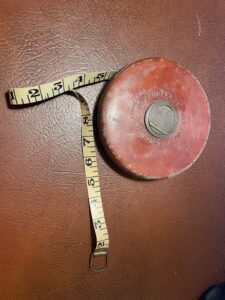 Trident: What about surveying equipment, what was that like?

RW: One bit of kit I always had and used up until recently, a folding ruler. Longer distances were by tape measure.

TD: My sectional timber 2M ruler is still in my desk.

RW: If you wanted to check if something was vertical you used a plumb bob.

KR: A mirror on a stick and a torch; these came in handy for looking in confined spaces! I rigged one of these up recently, to look at the lead apron above my bedroom window. Very successful!

RW: PPE was non existent we never carried hard hats or high viz jackets. If you needed a close look at a roof you got out of a window and stood on the parapet gutter. 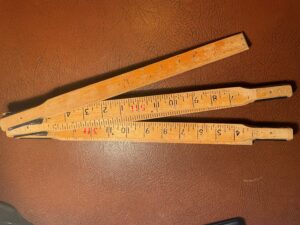 KR: Suits and ties. I ruined loads of them climbing ladders, scaling walls, scrambling over roofs. Doing a survey was sometimes like doing an assault course. Probably, it’s better that surveyors don’t take the risks I did, back then, but walking along parapets with a 50 foot drop to one side was sort of expected wasn’t it? Also you needed a Barbour jacket. If you didn’t have a Barbour waxed cotton jacket you were probably still a graduate.

The ways of surveying will continue to evolve and develop through time, and we will adapt and learn these through continued CPD and training, however our love for buildings will never change.